Join us as we roll out the beer barrel for the station's second Beer Festival...

Well, as it was such a hit, we thought we'll do it all again. This year's St. Pancras Beer Festival will include more delicious boozy tastings and great offers from a few of the station's pubs and restaurants.

Taking place on the lower ground floor of the station's concourse, beer connoisseurs from resident pubs; The Barrel Vault, The Betjeman Arms and Sourced Market, Le Pain Quotidien and AMT will be at the Barrel's helm. 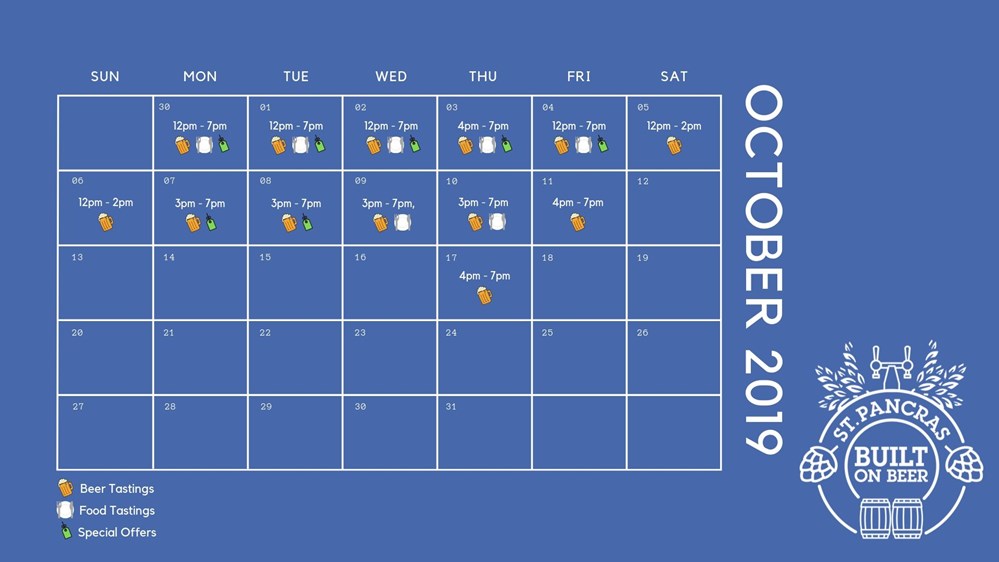 It all started with The Midland Railway Co. (MRC)...

In the early 1860’s the MRC eventually had a bill passed by Parliament for their own rail route between Bedford and London. The MRC began construction plans for St. Pancras Station soon after.

As beer was an important export for the MRC, St. Pancras was designed to specifically manage the delivery and storage of beer into the station’s ‘undercroft’, now known as ‘The Arcade’.

688 cast iron columns were built to support the deck in what was once a beer barrel warehousing space. Those remaining can be appreciated best in Eurostar’s International Departure lounge. Their spacing was dictated by the size of beer barrels. 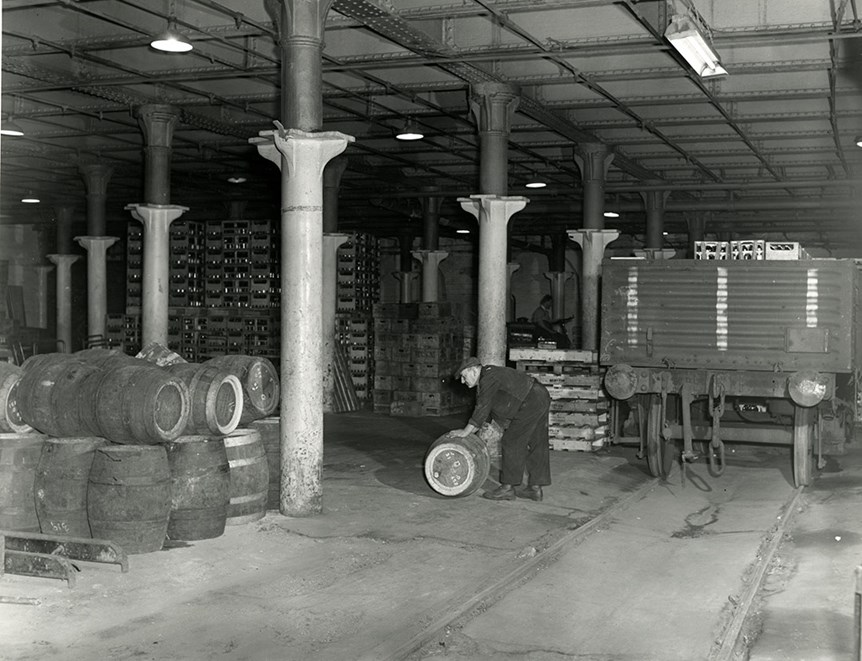 The first train to ever pull into St. Pancras station in October 1868 was delivering beer from Bass Burton Brewery.

The MRC played a crucial role in changing Londoners’ drinking habits through access to the brewers and beer of Burton-on-Trent, you could say that St. Pancras was literally built on beer.