A Tale of Three Clocks

Railways have become synonymous with time keeping as their successful operation is measured through following a timetable. Before the railways time was a much more local matter based on the 24hr rotation of the earth resulting in East Anglia being about 5 minutes ahead of London and Bristol being some 12 minutes behind. 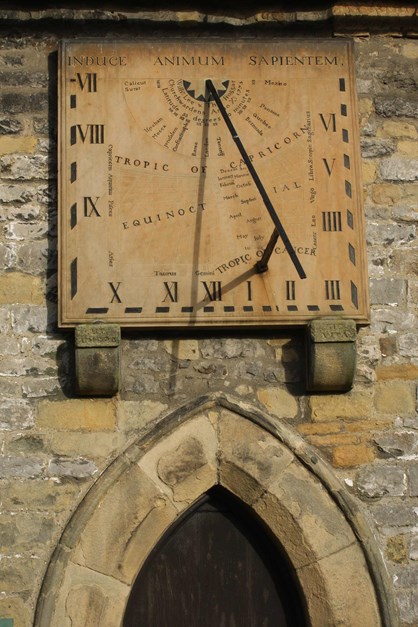 With the growth of the rail network in the 19th century these differences in time resulted in some confusion, not least with timetabling. Thus arose ‘Railway Time’ based on ‘London Time’ which was set at the Royal Observatory Greenwich. This was first adopted by the Great Western Railway in 1840 with other rail companies following.  The Midland Railway Company adopted Railway Time at all its stations on 1st January 1846, however it was not until the passing of the Statutes (Definition of Time) Act 1880 that a unified standard time for the whole of Great Britain was achieved. 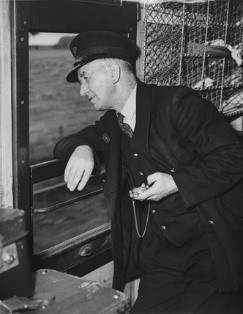 Railway companies emphasised their role in setting a standardised time through the extravagant display of giant clocks in prominent positions (eg clock towers). To show time in this way suggested a shift in authority that had traditionally rested with municipal and communal authorities – think of the town hall clock/church steeple. 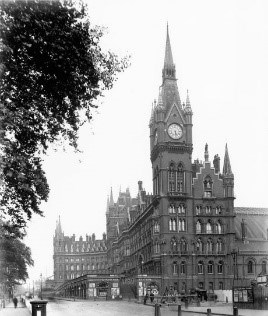 Indeed until 1880 many of these places continued to show local time with a second minute hand to indicate railway time. 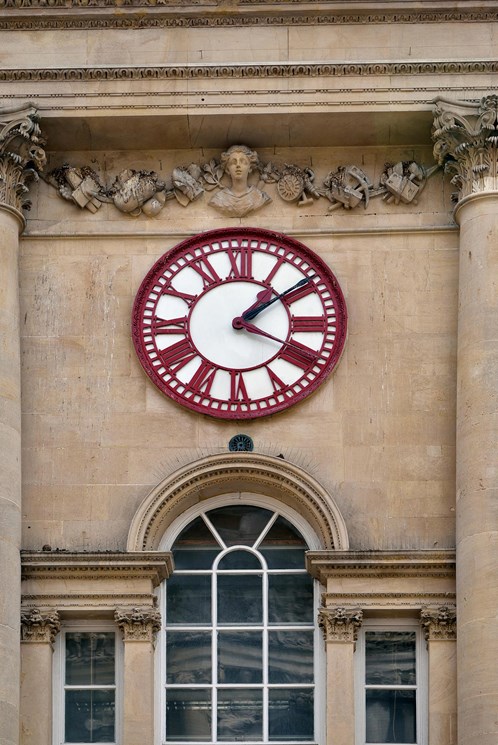 St Pancras Station was no exception in the grand display of time. Outside the station the clock tower on the Midland Grand Hotel has a clock on each elevation while inside the station a massive clock was displayed at the south end of the trainshed. At 16ft 9ins (5.15m) diameter it was said to be the largest clock at any railway station in England, with the length of hour hand being 4ft 5ins and that of the minute hand 7ft 3ins (Williams F.S 1877:348). The clock dial was made of slate. All the clocks at St Pancras were constructed by Mr John Walker of Cornhill, London. 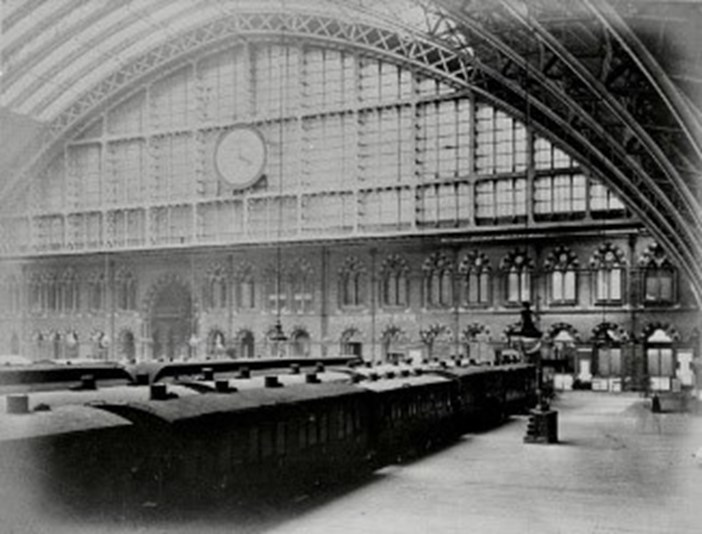 This splendid clock remained in place for nearly 100 years until the late 1960s when British Rail determined that it needed modernisation.  It has been reported that the clock was to have been sold to an American buyer for an astronomical sum, however no documentary evidence to support that has come to light to date.

Whatever the reason for removing the clock we do know that it didn’t go well and was dropped while being lowered, breaking into lots of pieces.

This could have meant the end of the clock, however Midland train guard, Roland Hoggard, who was also a collector of clocks, stepped in and saved it. He offered to buy the clock for £25 and over the course of a week loaded the parts into a barrow and transported them back up the Midland line in his guards van to his farm at Thurgarton, Notts. Once there he rebuilt it on the end of his barn, using as much of the original as possible and recreating pieces that had been broken beyond repair.

This was not the end of the story as BR, having taken down the clock and broken it realised that a replacement would be required and not being able to reuse the existing visited Roland at his home and took casts of the segments to recreate a replica in glass reinforced plastic (GRP).

As a consequence of this St Pancras was left without a main station clock for a number of years.  Once installed the GRP remained in place with only an upgrade to the mechanism in 1985 until the works to transform St Pancras into an International Station took place in the early 2000s.  The GRP clock was restored and ready to take its place back in the station when the story of Roland Hoggard came to light.

It was not possible to reuse the pieces from Roland’s barn however yet again they provided a template for a new clock to be built – this time using materials similar to the original – metal plate, slate diamond shaped hour markers and roman numerals.  The third St Pancras clock was made by Dent with Smith of Derby – both companies with long histories of clock making.  Dent were an important player in Victorian clock making history – they made the standard clock at the Royal Observatory Greenwich as well as Big Ben and Smith of Derby were established in 1856 and supplied the Midland Railway Company.

Our clock continues to keep time and ensure our passengers catch their trains. 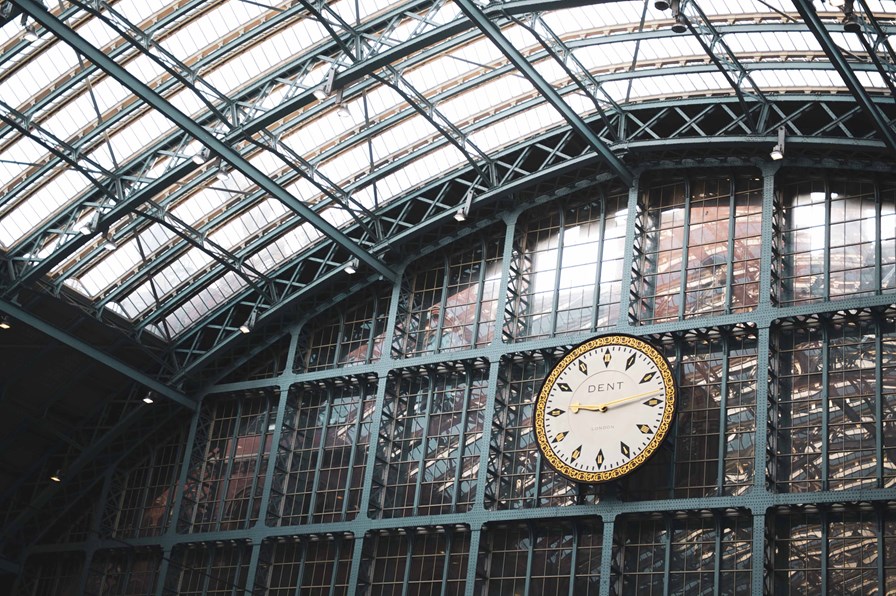