St. Pancras International teamed up with prestigious Parisian culinary experts, Le Cordon Bleu, to reveal a giant Birthday cake, which is inspired by the iconic destination, to celebrate the station’s 150th birthday. 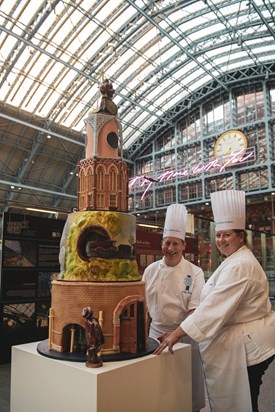 Passers-by were be able to snap a picture of the six-foot showstopper, which was on display on the station’s Grand Terrace throughout the day.

Lucky people who attend the station’s special cake cutting ceremony later in the evening also had a chance to eat some cake.

The cake was also handed out to passengers by EMT (East Midlands Trains) staff at the gate-line.

Legendary landmarks which can be found on the cake include the station’s iconic Victorian archways and Barlow Shed roof, as well as edible scale models of the ‘The Lovers’ statue, the Eiffel Tower as a nod to where you can travel to, and even British Poet Laureate - Sir John Betjeman himself, known for famously halting the demolition of the station in the 1960’s. 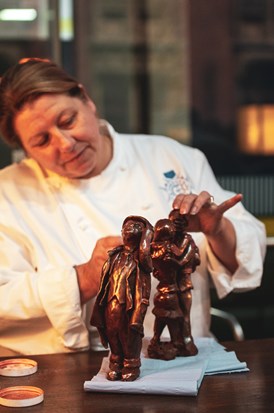