New to Hatchards: The Testaments by Margaret Atwood

Not connected to the second season of the television series, The Testaments is set 15 years on from the ambiguous ending of The Handmaid's Tale and answers many of the questions bookworms have been asking for years.

‘History does not repeat itself, but it rhymes’ - Mark Twain

Shortlisted for the Booker Prize 2019, Margaret Atwood's sequel to her dystopian masterpiece is set to bring a dramatic conclusion. Clear your diary, you have a book to read... 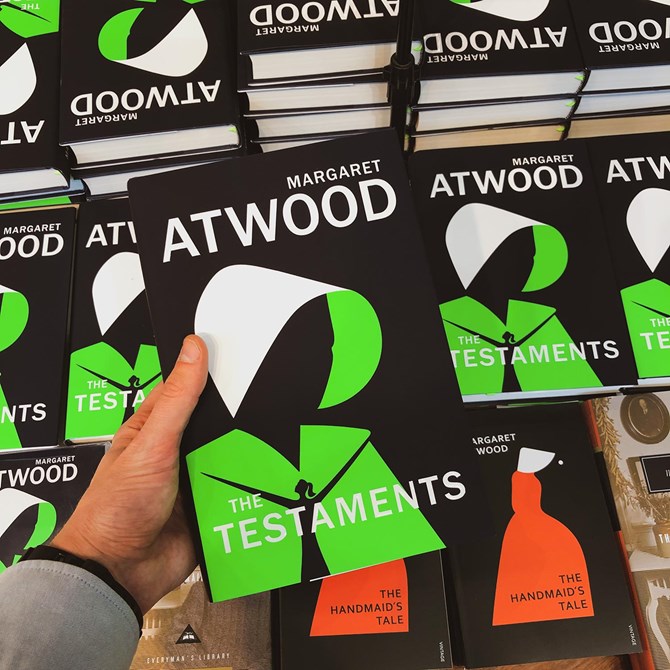