We’re excited to announce that local artist Shezad Dawood has been commissioned to create a brand-new installation at St. Pancras International for Keyhole Wires! The original artwork will be unveiled next year.

Following on from the shortlist announcement earlier this year, an esteemed selection committee made up of respected artists, curators, industry insiders and HS1 leaders (owners of St. Pancras International) chose Dawood’s work from a shortlist of submissions from established UK-based artists, inspired by the station, its beauty, grandeur, history and architecture.

The work will be suspended in a location which has never before been used for an art installation, visible both internally and externally. Dawood’s work will continue our legacy of world-renowned installations.

Having grown up just five minutes away from the station, Shezad has undertaken many trips from the station and has long admired its iconic architecture and cultural significance, which will inspire this original piece.

His unique sculptural installation will represent a fantastical and iconic vision of where the past meets the future of travel and technology via the space of the imagination. It will be Dawood’s largest public commission to date. The proposed sculpture combines references to William Henry Barlow’s innovative and radical engineering of the station itself, as well as Sir George Gilbert Scott’s iconic gothic spires of the now St. Pancras Renaissance Hotel, with references to the original manuscripts of Alice in Wonderland which are kept in the nearby British Library. Taking reference from the diversity of the city itself, the artwork will also be complete with a polychromatic rainbow finish to replicate the mosaic of communities London encompasses.

Shezad said “I am overjoyed to have been awarded the commission to create a work for a destination as well known and cherished as St. Pancras International. Having grown up not far from the station, and often using the Eurostar and the East Midlands Railway, George Gilbert Scott’s neo-gothic spires loomed large in my childhood imagination and continue to inspire me when I visit the station today.

In many ways, the architecture and many iconic institutions around and including St. Pancras, connects us to our shared history. As the local area becomes an emerging tech hub, it also speaks of a shared future, globally, as the world gets increasingly connected both via transport and online. My artwork will celebrate the history of the site, the future it represents, and talk about the various communities and diversities of London itself, as well as how we will emerge from a very difficult period.”

Here's a sneak peak at his plans:

Keep an eye out on this page over the coming months as we unveil more about his process and work! 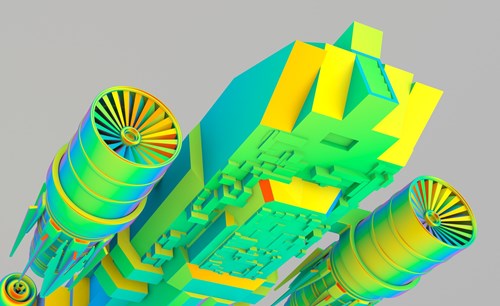