On Wednesday 10th October, St Pancras International announced 12-year-old Ide Crawford as the winner of the 12th Betjeman Poetry Prize. After beating thousands of entrants with her poem, ‘The Moors’, the prestigious win sees her become the station’s fourth ‘St Pancras Laureate’. 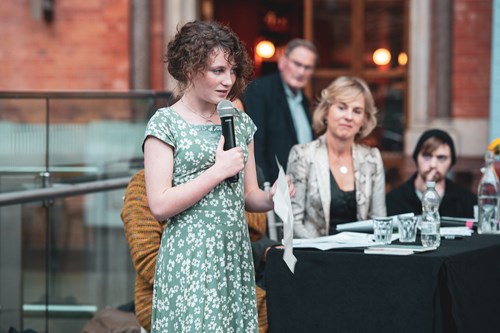 Three thousand entries from across the country were whittled down to a shortlist of just seven young hopefuls, who read their work to a crowd of poetry lovers and fellow competitors. The Betjeman Poetry Prize award ceremony saw last year’s winner, Amineh Abou Kerech, congratulate Ide on her achievement. Other guests included Penny Mortimer, Nell Dunn, Lauren Child and John Lyons, who gathered to listen to the impressive poetry from some of the country’s youngest poets. 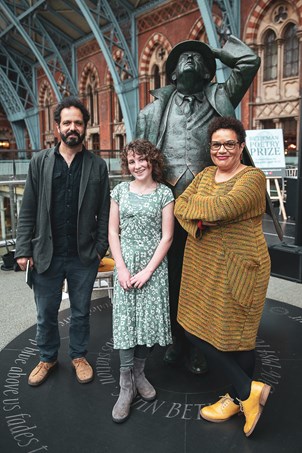 These hills that rise and roll and ripple

Like a dream or a tune or a turning-tide

These hundreds and thousands of burring bees

These thousands and millions and billions of bells

These honey clouds of pollen and scent

All rolled by the land to an imperial robe

Of purple, slow and sweet and sweeping

A robe for the high-throned sun-crowned summer hills

These purple bells that peal together

From sky to moor and moor to sky

They ring and echo and tremble and sing

Not for one or two or twelve ‘o clock

But they ring for all time

For never and forever

They ring for the rise and the roll and the ripple

Of tens and hundreds and thousands of years

They ring for the heather heavy hills