As an estimated 250,000 of us will be chowing down on plant-based food for Veganuary, we thought it'll be a good idea to talk meat and dairy-free dining. Whether you're a fully-fledged vegan or just looking for a few delicious plant-based dishes, here's the best of what's rustling up at St. Pancras.

Seeing as we're just a non-stop train away from Paris, let's kick off with a French pastry; as part of the Veganuary celebrations, this month Pret A Manger revealed their much anticipated vegan croissant. The Very Berry is deliciously flaky, filled with a fruity berry compote and sprinkled with sugar makes it the ideal breakfast treat. 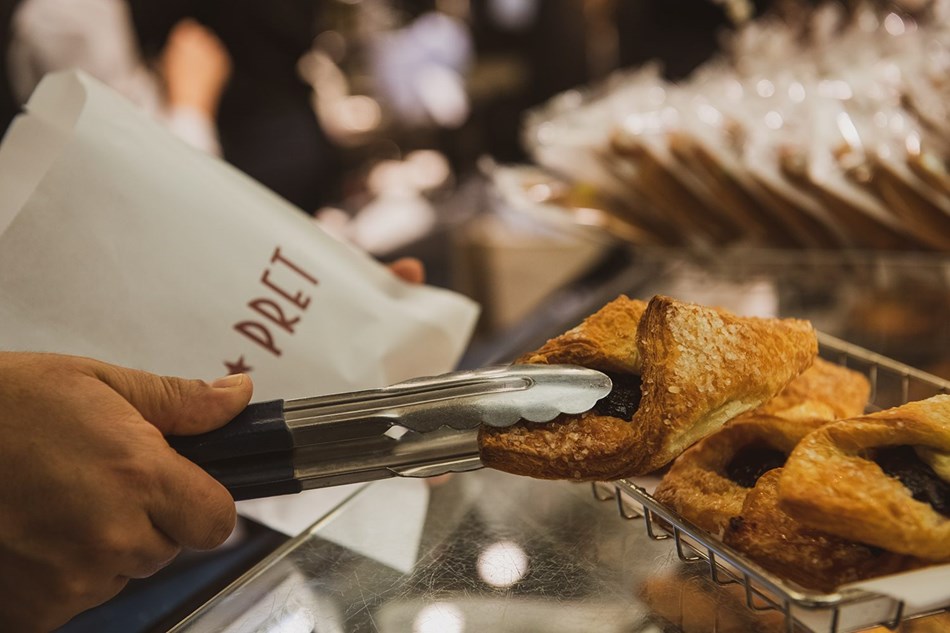 Carluccio's Cucina Verde (Green Kitchen) Veganuary specials are jam-packed with rich and bold flavours. Carluccio's founder, Antonio Carluccio adopted the 'minimum of fuss, maximum of flavour' philosophy, a philosophy which is absolutely at the heart of Carluccio's plant-based re-imagining of their Italian classics.

From Pan-fried Gnocchi and Butternut Squash with Pesto, to Tortelloni filled with Vegan ‘Blue Cheese’ and Spinach - Carluccio's remains masters of the ultimate comfort food. 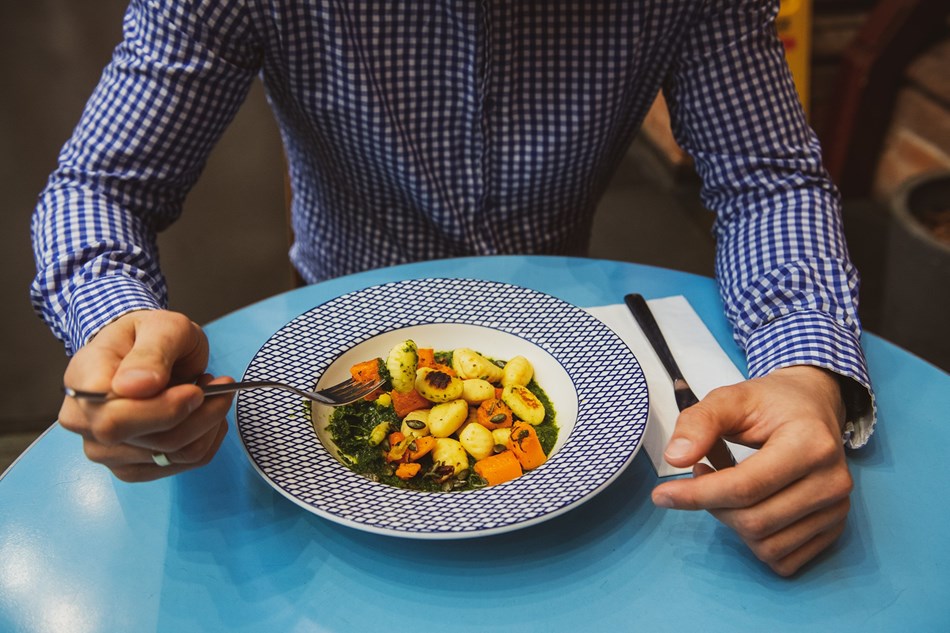 For all day dining, Le Pain Quotidien has got it covered. From cosy gluten-free Vegan Porridge and BBQ Jackfruit Toast with avocado, pickled red onion, cherry tomatoes, spring onion and soya yoghurt, to a vegan sharing plate and hearty hot dishes like the Chilli Sin Carne, Le Pain Quotidien has something for everyone. 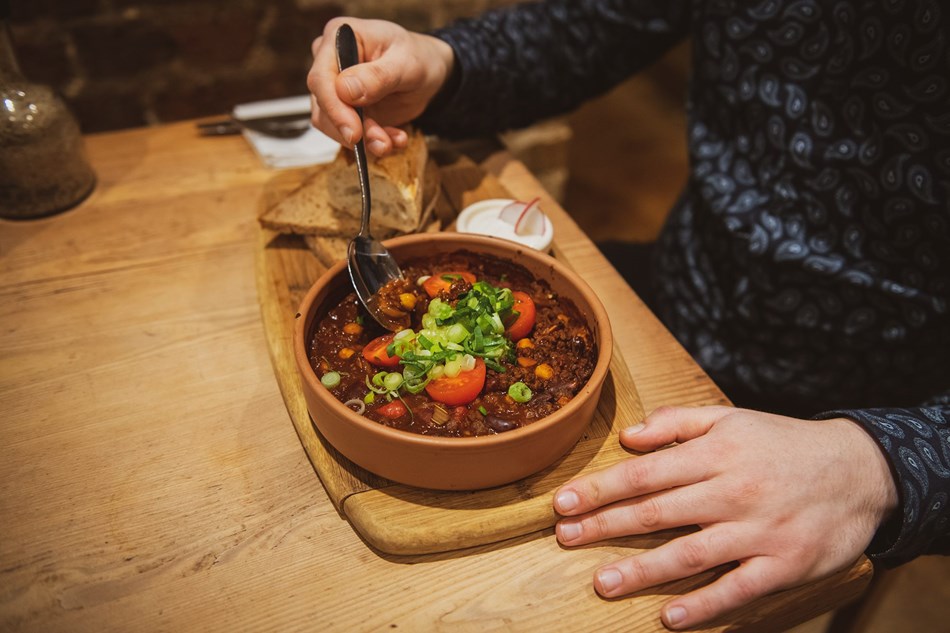 For those with more time, Searcys Brasserie, found upstairs on our Grand Terrace, is offering diners a luxury vegan dinner. To start, opt for the fresh Quinoa, Avocado and Pink Grapefruit with a fruity pomegranate dressing, and for the main event, the Butternut Squash Spelt with Wild Mushroom will delight vegans and meat eaters alike. 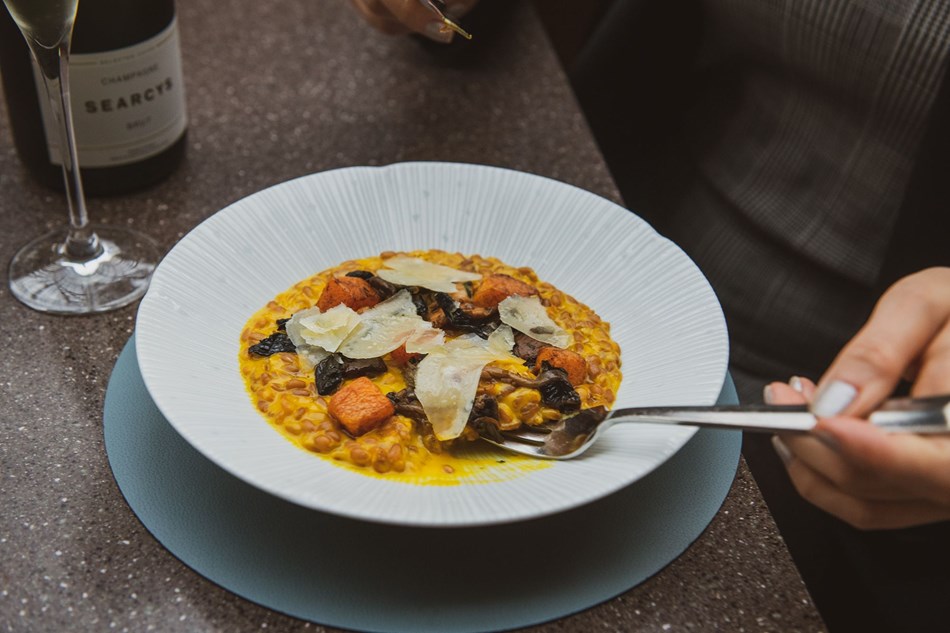 Sourced Market has added a dish that could fool anyone - their Vegan Salmon and Vegan Cream Cheese Bagels.

Known for finding the best artisanal British food, Sourced Market have teamed up with Ima, an innovative London-based sushi company - their vegan 'salmon' takes centre stage on a thick layer of Kinda Co. Vegan Cream Cheese made from baked carrots and creamy cashew nuts blended with zesty lemon and fresh dill, all served in the finest bagel from Flour Station.

If something more refreshing takes your fancy, opt for the Vegan Cream Cheese and Cucumber Bagel. 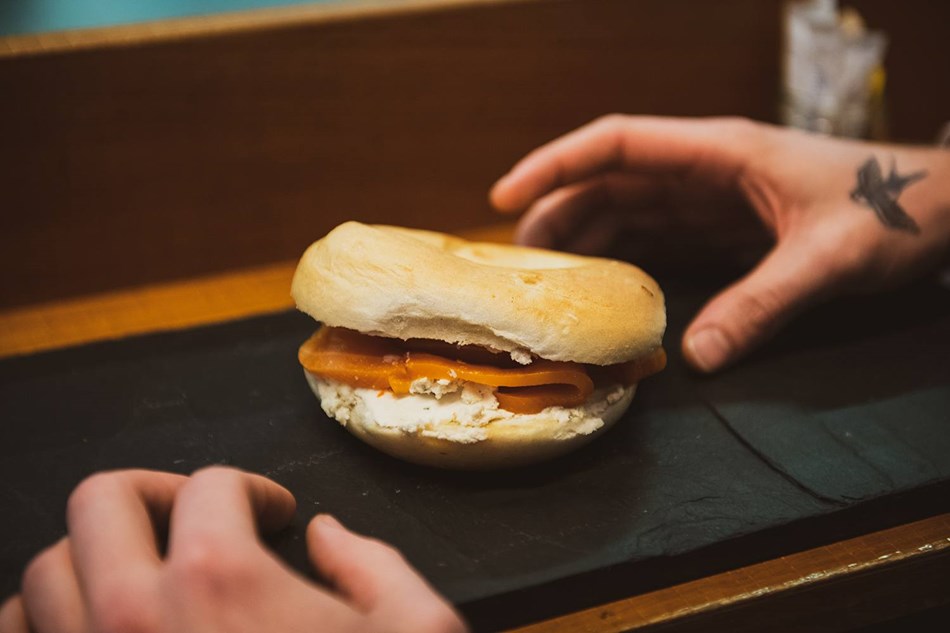 If you’re looking for a hearty lunch this Veganuary, look no further than PAUL Express, where you can find warming soups, including vegan red rice minestrone or vegan spiced butternut, lentil and tomato, both available to eat in or takeaway. 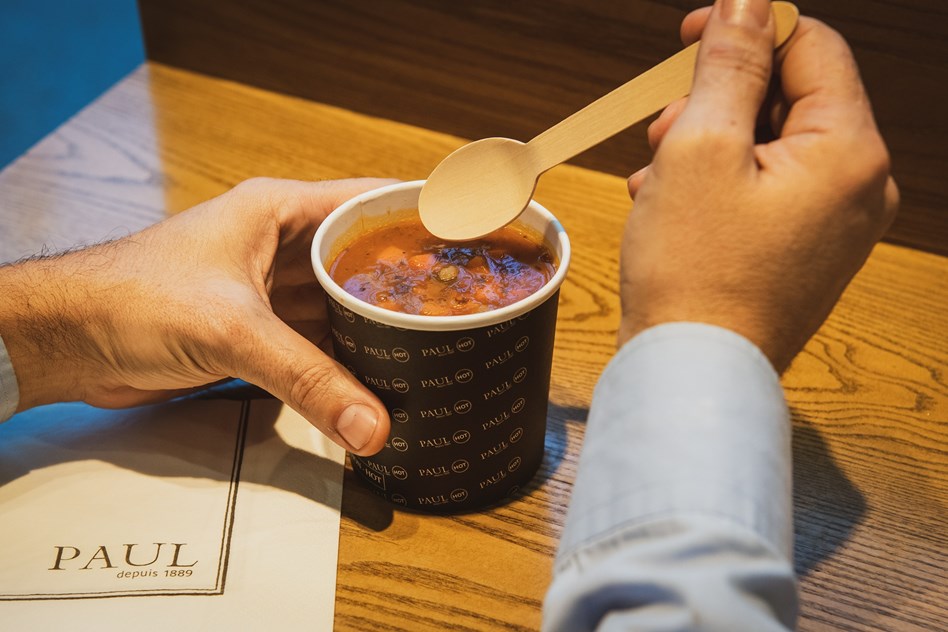