To many St. Pancras has always been seen as a magical place; the station even made a short cameo appearance in the 2002 film, Harry Potter and the Chamber Secrets.

After missing their train from Platform 9 3/4 Harry and Ron decide to make their way to the wizarding world of Hogwarts via a flying Ford Anglia. The scene starts with Harry and Ron flying over St. Pancras before catching up with the Hogwarts Express.

In case you didn't know; St. Pancras International's neighbour, King's Cross Station was also used as the filming location for the Platform 9 3/4 scenes in the Harry Potter films. 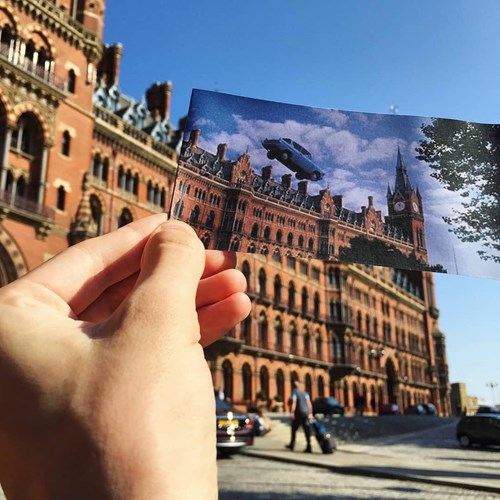